Ken'Ja at All Romance eBooks!

NOW AVAILABLE AT ALL ROMANCE eBOOKS- in the following formats:


*Coming soon to other ebook distributors.
Posted by Two Voices Publishing at 1:00 AM No comments:

Read an excerpt of Devil's Due at Killer Chicks today! 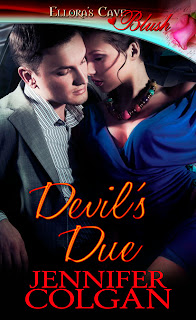 Doomed by the exchange of his own soul for the lives of his wife and infant daughter back in 1910, Alexander Quinn is bound by a blood contract to make deals for Lucifer.


When Ceara Landon comes to him ready to offer her own soul in exchange for her brother’s, he must accept or face the wrath of his employer. Beguiled by Ceara’s fierce love for her brother and her unparalleled bravery, Alex finds himself experiencing all the human emotions he’d left behind so long ago.

Reluctant to watch Ceara’s life fall apart once her soul is claimed, Alex balks at finalizing the deal. Instead he designs a more personal agreement, demanding Ceara’s time, her body and maybe even her love in exchange for his help in turning Kevin’s tarnished luck to pure gold and saving his soul.

Ceara agrees, unaware that this isn’t Alex’s usual way of doing business. Together they forge a tenuous alliance and a sensual bond that grows strong enough to capture the attention of Lucifer, and that’s when all hell breaks loose.

When the Devil discovers Alex hasn’t made a proper bargain with Ceara, he demands things be set right and offers the lovers a new deal. He promises Ceara everything she’s ever wanted including freedom for her brother’s soul. Alex understands the sacrifices that come with such a deal, but when Ceara’s own life hangs in the balance, he’s faced with the true test of his strength and hers: refuse everything the Devil offers or remain in his debt forever.

Posted by Two Voices Publishing at 10:10 AM No comments:

NOW AVAILABLE AT SMASHWORDS - in the following formats:

*Coming soon to other ebook distributors.
Posted by Two Voices Publishing at 7:36 PM No comments:

Looking for something to keep you warm under the covers? 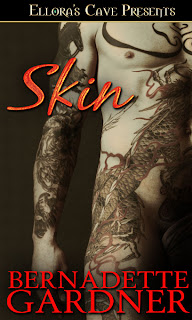 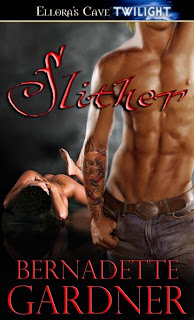 A little paranormal, a little sci-fi - a lot sexy.

Posted by Two Voices Publishing at 7:24 PM No comments: