The Devil made me do it!

My first review for Devil's Due is in! Sensual Reads gives it 4.5 stars and says:


"Alex is fantastic, he is cold on the outside but when you begin to understand his feelings he becomes an instant favorite."

Read the rest of the review here:
http://sensualreads.com/?p=7666

The art {or science} of promotion

I'm over at Killer Chicks today, wondering what types of promo work best. Put on your READER cap and come talk to me.
Posted by Two Voices Publishing at 1:00 AM 1 comment:

I'd like to thank my fellow Liquid Silver author Lucy Woodhull for stopping by today to talk about her new sci-fi rom-com release, RAGNAR AND JULIET! 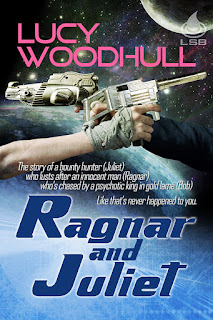 RAGNAR AND JULIET by Lucy Woodhull

Bounty hunting is usually so easy. Flash a little cleavage, mix a roofie cocktail, and Juliet has her man right where she wants him: out cold, ready to be swapped for cash. Her passions are freedom, trashy clothes, and pie -- not necessarily in that order.

Hunky alien ship captain Ragnar doesn't deserve torture at the hands of the psychotic king who hired Juliet; he liberated one of William the Nefarious' illegal concubines. Juliet can't ignore such a noble act. She doesn’t trust men, but this one, with the kindest smile she's ever seen, picks away at her resolve to stay aloof and clothed. He's just so...nice! Crazy she can deal with; sincerity is terrifying.


Before she gives in to her irrational urge to get a timeshare with him (and his cute tail), they're caught by the bad guys. Ragnar disappears and abandons her to her disgusting captors -- so much for togetherness. Perhaps he’s not such a saint. Even worse, Nefarious William (who prefers "Bob") has nominated her for Concubine of the Evening. This dubious honor does not thrill her, and only a few hours remain before the king’s mind-altering drugs obliterate her free will.

Sexual slavery might not be fatal, but Juliet would rather die. Of course, the third option (run away to a beach and hump Ragnar silly) is the best, if they can live that long.


I think witty people are the sexiest, so I tried to give my hero and heroine (you guessed it -- Ragnar and Juliet) witty banter galore. Of course, a smart-mouthed hero is just as likely to get smacked as kissed, and rightly so. They don't teach it Biology 101, but I happen to know that the funny bone leads directly to the lady bits. Maybe we should call it the funny boner? How else to explain my illicit lust for Mel Brooks and Will Ferrell?

I sincerely hope that RAGNAR AND JULIET can give you a chuckle at the end of a long day. Or during a long day. Heck, just call in sick to work, draw a bubble bath, and read romance for eight hours. Dr. Lucy* says it’s okay.


*Not a medical doctor.


You can check out RAGNAR AND JULIET at Liquid Silver Books and read a sample. (http://www.liquidsilverbooks.com/books/ragnarandjuliet.htm)


Thanks so much for stopping by!

Be sure to stop by Lucy's awesome blog, Miss Worded, to find out more about Ragnar and Juliet and Lucy!

First time for everything!

A pre-release review for INTERVIEW WITH A GARGOYLE [Samhain, October 4th]

Reviews are sometimes hard to come by, with so many books out there and reviewers' time at a premium, so I'm always thrilled to get a review - especially a RECOMMENDED READ!

Rose Nymph at Literary Nymphs had this to say about IWG:


Interview with a Gargoyle is a fantastically engaging story from start to finish. Melodie is a great character, full of spirit and humility. The hidden world that she is thrust into is gradually exposed and the reader travels the same journey into the underworld along with her. The conflict between Blake’s good natured soul and his desperate actions gives his character great depth. There is also a strong supporting cast of characters and the way this story ends makes me hope there could be more in store for some of them in the future. 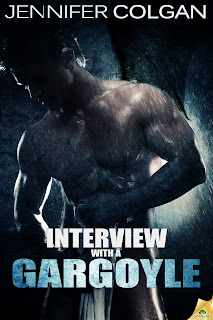 You can pre-order your copy for Kindle at Amazon.com or other formats from Samhain Publishing

Posted by Two Voices Publishing at 2:03 PM No comments:

I'm over at Killer Chicks today talking about the new trend of literary agents venturing into publishing. Stop by and tell me what you think.
Posted by Two Voices Publishing at 7:13 AM No comments: