ESCAPE FROM AMBRAX has broken the top 100 on the Amazon Science Fiction Romance list! 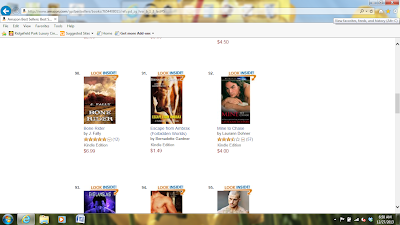 Okay, it's hard to see it, but it's there, right in the middle. :)
Posted by Two Voices Publishing at 7:03 AM No comments:

The new covers for FRESH BLOOD and BONFIRE OF THE VAMPIRES are live! [or undead, depending on how you look at it]. 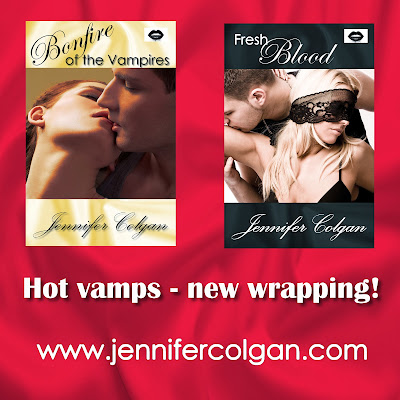 Available where ebooks are sold - still only $0.99 each!

Posted by Two Voices Publishing at 8:44 AM No comments:

Look no further - I've re-released two of my favorites:

Dark and dangerous, bounty hunter Damon Cantor leaves Lea Vargas breathless. His gravelly voice rides over her like a caress, making her skin tingle and her knees weak. He’s the only man who has ever intimidated her, and she doesn’t like that, but since he’s the perfect man for the job she has in mind, she’ll have to deal with it.


Born into a life of privilege as an heir to the Vargas Industries fortune, Lea has never wanted for anything until now. No amount of money can cure her sister of Lorcan Syndrome, but perhaps a Braxan healer can. Darya’s husband, Troy, hasn’t returned from an expedition to the forbidden world of Ambrax, though, and time is running out. Lea’s only hope to save her sister lies in enslaving herself to Damon Cantor and landing on the male-dominated planet, from which visitors rarely return.

Kol A’Kosu, an Antarean bounty hunter, is on the trail of another rim colony criminal. Gifted with visions that show him future events, he’s already seen himself capturing Charity Foster, the beautiful Human selenite thief, but that’s not all he’s seen. His visions have never been wrong before, but this time there must be a mistake. He can’t possibly take a Human as a bond mate, or worse, subject her to the painful rite of separation, the only way to dissolve the intense sexual link that draws Antarean couples together.


Charity faces certain death at the hands of the Magistrate of Valencia, but before she loses her life, she’ll lose her heart to the man assigned to bring her to justice.