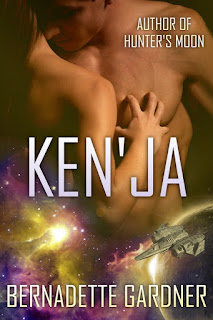 
When two prisoners of war find themselves unexpectedly freed from their captivity they discover they have no choice but to rely on each other to survive. Tige D’Vron, a Thalian Warrior, and Zira Teynor, a human intelligence courier, set out together across a nameless planet to avoid recapture by their enemies, the reptilian Ketomir.

Soon, however, Tige becomes aware of a growing desire for his human compatriot, a desire he cannot control. Thalians have long battled the Ken’Ja, the biological imperative to mate or die. In an effort to protect Zira from himself, Tige forces her away from him, hoping she will flee to where he cannot find her, because when he does, he will claim her in a mating frenzy too intense for a mere human to withstand. [12,000 words]

Note the awesome cover art by Dara England at LFD Designs for Authors.

Ken'Ja is available to purchase or borrow.


Posted by Two Voices Publishing at 7:10 PM No comments:

The Biggest Losers on TV

I try to avoid being too controversial on my blog, but today I just had to link to this fantastic blog post that uncovers some of the horrifying truths about the terrible show The Biggest Loser and why we should discourage people from following the dangerous weight loss techniques put forth by this show and endorsed by our government and its representatives.

There's nothing entertaining, smart, imformative or healthy about The Biggest Loser and the behaviors it encourages. The saddest part is we're being led to believe the contestants should be congratuled for endangering their health in the fruitless pursuit of the so called 'perfect' body weight or shape. Shame on The Biggest Loser, its producers, contestants and advocates for doing more to damage the health of the American people than to preserve it.

Posted by Two Voices Publishing at 7:24 AM No comments: