I've been given a Stylish Blogger Award by Cora Zane! 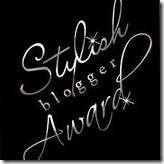 These are the rules for accepting this award:

Seven things about me:

1. I'm a hopeless fan of British sci-fi. The cheesier the better. Ask me about The Tomorrow People and Blake's 7. [On second thought, don't].

2. 2nd to romance, I like reading adventure stories. If someone is exploring something and bound to find something scary and/or weird, I'm in.

3. My favorite color has been and probably always will be purple or any shade thereof.

4. My favorite flower/scent is lilac.

7. If I surf onto a website that has music, I immediately surf away, because sound from my computer always attracts people at home to look over my shoulder which I can't stand.

Kristen Painter
LK Campbell
JB Lynn's Confessions of a Crime Writer
Hyperbole and a Half
Posted by Two Voices Publishing at 9:21 AM No comments:

I'm filling in for Joann today at Killer Chicks - come read an excerpt of UNCROSS MY HEART.
Posted by Two Voices Publishing at 12:01 AM 2 comments:

Today I'm over at Killer Chicks talking about how to stay in shape while keeping your Butt in the Chair.

Come on over and do a few reps with me.
Posted by Two Voices Publishing at 12:01 AM No comments: 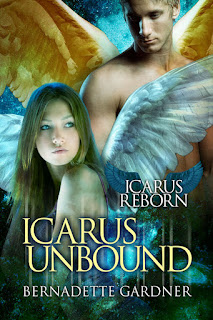 The only full-blooded human member of the winged population on Icarus, Laramee Faulkner has longed to be accepted as one of the tribe. Since childhood, Jaran, the adopted son of the Icarian leaders, has never let Lara forget that she’s different. As a boy, he teased and taunted her. As a man, he has the power to give her everything she’s always desired, or tear her away from the world she loves. 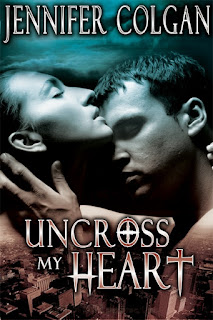 Magick made him human. Only love can keep him that way.


After a century of living Magick made him human. Only love can keep him that way.


After a century of living la vida muerta, Julian Devlin’s closest ally casts a de-vamping spell that leaves him defanged and demoted from his hard-won place in Baltimore’s vampire hierarchy. Disoriented by his transformation, he can’t even find his way home.

The indignities don’t end there. Before he can explain to the quirky consignment shop owner why he’s hiding in her basement, she’s punched the newly re-acquired breath out of him and smacked him upside the head with her knock-off purse.


Zoe Boyd’s scream could have peeled paint from the walls—if she could get her heart out of her throat. Common thugs aren’t supposed to have a smile so panty-melting that she finds herself apologizing for scaring him.

She’s also too busy managing her friends’ love lives to take on an ex-vampire with revamping and revenge on his mind. Until she guides him home and ends up neck deep in his world of trouble.

As Zoe risks her life to give him back his death, she warms the soul Julian never thought he’d own again. And when he tracks down a devilish witch who can reverse the spell, immortality without Zoe suddenly seems like cold comfort…

PS: I'm also over at Killer Chicks today, talking about my hero, Julian Devlin.
Posted by Two Voices Publishing at 12:01 AM 3 comments:

What kind of reader are you? Tell us about it over at Killer Chicks today where JB Lynn is asking about how you read.

I'll be over at KC on Wednesday giving some pointers on a Writer's Workout and how to stay in shape while your Butt is in the Chair.

In the meantime, I'm on cleanout duty at my old house - yep, we're FINALLY selling it. So this week I'll be running around doing real estate related errands while I attempt to work on a new novella. 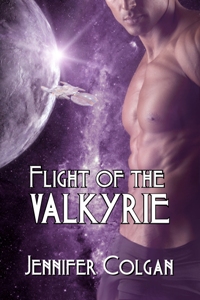 Posted by Two Voices Publishing at 7:30 AM No comments:

The number to beat


I read 72 books in 2010. That does include books I've edited and does not include mulitple reads of the same book.


For Christmas I got a Kindle - and I love it! I've read three books on it already [including the instruction manual, though I don't think I'll add that to my Books Read list for 2011.] I'm looking forward to seeing if I'll read more books or less in 2011 because of that. I can already tell I will probably spend more money on books this year, because it's so easy to buy Kindle books. As a consumer - I have to worry a bit, because whenever it's too easy to spend money, well, that's what we consumers do, but as an author I'm thrilled.
Making books easier to buy and easier to read can only help authors everywhere - so maybe the publishing industry, which has suffered just as much as any other industry in our dismal economy, will actually have a bright future.


Were most of them print or digital?

If you get a chance hop over to Killer Chicks for Joann Swanson's post about scary things. What scares you? I'm always afraid of running out of books!

On Wednesdays from now on you can find me over at Killer Chicks where I'll be blogging with fellow authors JB Lynn and Joann Swanson. Today I'm talking about me - come find out stuff I bet you never knew.
Posted by Two Voices Publishing at 12:01 AM No comments: