For once, I'm way ahead the game.

Yesterday I signed a new contract with Samhain for my paranormal novel Uncross My Heart which will be available in 2011.

Uncross [as I've been calling it] is as near and dear to me as The Matchmakers.

This novel was a real labor of love that introduces characters I was hoping to spend a lot of time with. I hope my readers will too...here's the working blurb:

After more than a century living la vida muerta, Julian Devlin loses his wealth and his hard won place in the vampire hierarchy when his closest ally betrays him by casting a magick spell which restores his humanity. Forced to rely on Zoe Boyd, the quirky, fashion unconscious consignment shop owner who helps him navigate through the human world while he seeks help from a devilish witch to reverse the spell, Julian learns the value of a beating heart and a human soul. When finally faced with the opportunity to reclaim his lost power, he must choose between the cold comfort of immortality and his love for the beautiful woman who risked her life to give him back his death.


Notice how I worked 'la vida muerta' in there? It really wasn't intentional, but now I kind of like it.

Stay tuned for more info on Uncross my Heart!
Posted by Two Voices Publishing at 6:57 AM 7 comments:

Slither is available at Ellora's Cave!

You can find it on the homepage or follow this link to purchase and read an excerpt.

Rihana Daniels has seen a lot in five years working as a psychic for the NYPD, but the murder of a freelance reporter makes her question if she really wants to continue her law enforcement career.

The dark vibe she gets from this case is nothing new, but the main suspect, sexy, enigmatic tattoo artist Heath, leaves her heightened senses burning. She can read him like a book—and she can see his innocence but she can’t prove it. His feral sexual thoughts make her insane with need and her desire for him jeopardizes her job and the investigation.

When she learns the truth about the man who can strip her soul bare with a glance, will she give up everything she knows to flee with him to a safer world? Or will she become a psychic killer in order to destroy a ruthless assassin and put an end to her lover’s exile?

Cat caption of the week 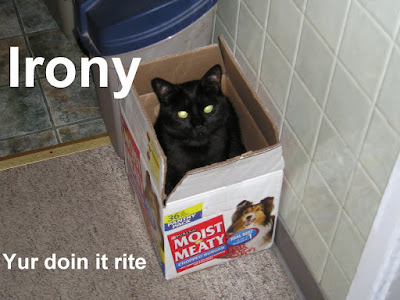 Posted by Two Voices Publishing at 7:02 AM 3 comments: 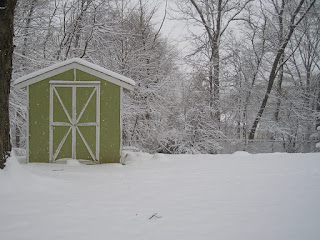 Darn but I can't make fun of the weather forecasters. This time they were right.

Are you ready for the snow?

We heard this question all last week - and while I feel the pain of everyone south of us who got caught in 'Snowmaggedon' - it's hard for me to muster any confidence in the weather report when here in upper New Jersey, we didn't see a single dag-burn flake of the white stuff this past weekend.

I saw the weather maps and it looked ominous - a huge cloud of white crawled across the United States headed straight for us like a tidal wave.

Today, it's gorgeous outside. I have to say, this is one the nicest days of February I ever remember. Usually Valentine's month is horrid, cold, wet, icy, frigid and mean. Today I went out to clean off my car windows [my windshield wiper fluid dispenser is broken] wearing only a sweatshirt. [Well, in addition to pants, a shirt, socks, sneakers and underwear, but you get the picture.] I also took a short walk from the corner and enjoyed a bit of fresh air in preparation for supposedly being snowed in for the better part of the next two days.

The storm that's coming is bigger, badder and more of everything 'snowpocalypsey.' Schools north of us are already closed for tomorrow, companies are putting employees on alert that they may be getting the day off too.

I'm ready. But I just want to say beforehand, that if we don't get any snow this time - I'm going to ridicule the weather services unmercifully until they cry.

Bring it on, Mother Nature. I'm ready.
Posted by Two Voices Publishing at 2:16 PM No comments:

Last night I rented 500 Days of Summer, the 'romantic comedy' with Zooey Deschanel and Joseph Gordon-Levitt that's been getting rave reviews.

It looked innocuous enough and I'd heard from several people that it was cute and watchable. Any time the words 'romantic' and 'comedy' are used I'm pretty much hooked.

Too keep up the fishing anologies, this time was a bait and switch - not as severe as Nights in Rodanthe or Bridge to Terabithia [both of those movies should have come with disclaimers for the sensitive at heart] but nevertheless, this movie left the romance writer in me asking WTF?

In all fairness the ominous voice of the narrator in this tale does warn the audience that this is not a love story. That should have been my first clue, but I'm a cock-eyed optimist and I kept hoping he was lying. Turns out he was spot on. The story follows the ill-fated relationship of Summer and Tom, two eccentric clunkies who work for a greeting card company.

The characters are personable enough - Tom, the optimist, looking for true love believes he's found it in the quirky, sometimes spacey Summer. She's more jaded as the product of her parents' divorce [cue the wambulance here] and she does not believe in love. It's all a fantasy according to her. She likes to fool around but doesn't make committments. Her capricious nature puts Tom on an emotional roller coaster that gets him bumped from the Valentine's Day department at work to Sympathy and Grief because he's a walking wound when Summer leaves not only him but her job. [It's never clear when or why she quits].

The story is told in a non-linear fashion [I hate that, btw] even in time travel stories, I like things to progress in order. So we see the end before we really understand the beginning. This does not help the story.

I won't give away the ending, which makes what I consider a lame attempt to assure the audience that everything will be all right in the end and that our following this disappointing relationship hasn't been for nothing since we've learned something [as Tom does] about the human condition and about love in general.

I learned here's another movie that I'm glad I didn't plunk down $10.00 for at the theater. While it was good for a chuckle or two...romantic it was not. Rating: WTF.
Posted by Two Voices Publishing at 7:04 AM 6 comments: